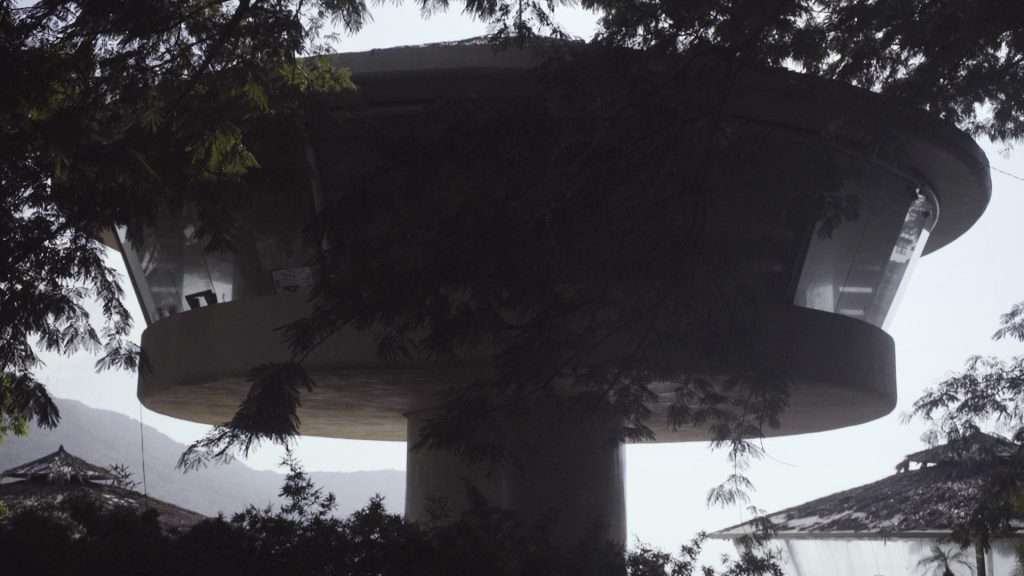 There is this one poem that remains my favorite—Percy Shelley’s “Ozymandias.” Its persona met a traveller who saw a massive but withered ancient statue on the road. It has a sign that says the statue is Ozymandias, king of kings. And he wants to brag about his dominion. The poem ends with passages describing what this dominion has become over time: nothing. The great Ozymandias and his works became nothing.

I often dream of Star City, a famous amusement park here in the Philippines. But my dreams would often depict it abandoned and in ruins, with its rip-off Disneyland attractions and kitschy architecture and design haunting the place. But the dreams are not nightmares, I was never terrified of them. In fact, I was always amused by its eeriness—more amused than the amusement park itself. Star City burned down to ashes two years ago. Now, my dreams are more impactful, because that abject fantasy world remains existent only in them.

The Still Side is like my dreams, as films are like dreams. Miko Revereza and Carolina Fusilier capture Capaluco, a fictional resort vacation island in Mexico through fragmented shots put together to create a narrative. Old megaphone announcements haunt the place, serving as guide to the architecture and attractions within the resort. What Capaluco actually looked like in the past is forever blurred like how memories are never solidified.

The Still Side is like the poem. But instead of words, it utilizes images and sound to picture desolation. Although, the common theme between the two is the fickleness of human hubris. Pool slides that reach up to the skies are left dry and rusting. Cages that house animals are now empty. Buildings are eaten by waves crashing to its foundation. What arrogance it is that what remains most intact is a copy of a pantheon by the gods.

The “eerie” is defined by cultural theorist and philosopher Mark Fisher as absence where presence should be. Capaluco should be overrun by many people. But alas, not only did people disappear but so does capital. The “eerie” is also presence in a space where there should be absence. Like the foreigner-monster Siyokoywho shouldn’t have been there, detachedly wandering along the ruins of Capaluco, I find myself in my dreams in Star City alone and surrounded by bootlegged visages of foreign capital that shouldn’t have been there.

A zoo where there remains no animals. A pleasure resort where there remains no pleasure. A business where there remains no business. Capaluco isn’t real, but it remains real in our imagination. The derelict locations captured are real, somewhere in the world. What purpose does a Filipino like Revereza have in shooting Capaluco? Maybe he and his filmmaking partner are looking for traces of the colonizers. Maybe, like the Siyokoy, they themselves want to invade this barren space like what colonizers did to their home country once. Perhaps, like the filmmakers, the Siyokoyis an immigrant displaced in a foreign land.

The abandoned island of Capaluco looms like a spectre haunting us—being a reminder of a once booming economy. The Still Side unearths this ghost town. Revereza and Fusilier are like the traveller in “Ozymandias”pointing to the withered statue and the vastness of nothing, as if they are our tour guides.

I met a traveller from an antique land
Who said: “Two vast and trunkless legs of stone
Stand in the desert. Near them, on the sand,
Half sunk, a shattered visage lies, whose frown,
And wrinkled lip, and sneer of cold command,
Tell that its sculptor well those passions read
Which yet survive, stamped on these lifeless things,
The hand that mocked them and the heart that fed:
And on the pedestal these words appear:
My name is Ozymandias, king of kings;
Look on my works, ye Mighty, and despair!
Nothing beside remains. Round the decay
Of that colossal wreck, boundless and bare
The lone and level sands stretch far away.