The Spleen of Seoul 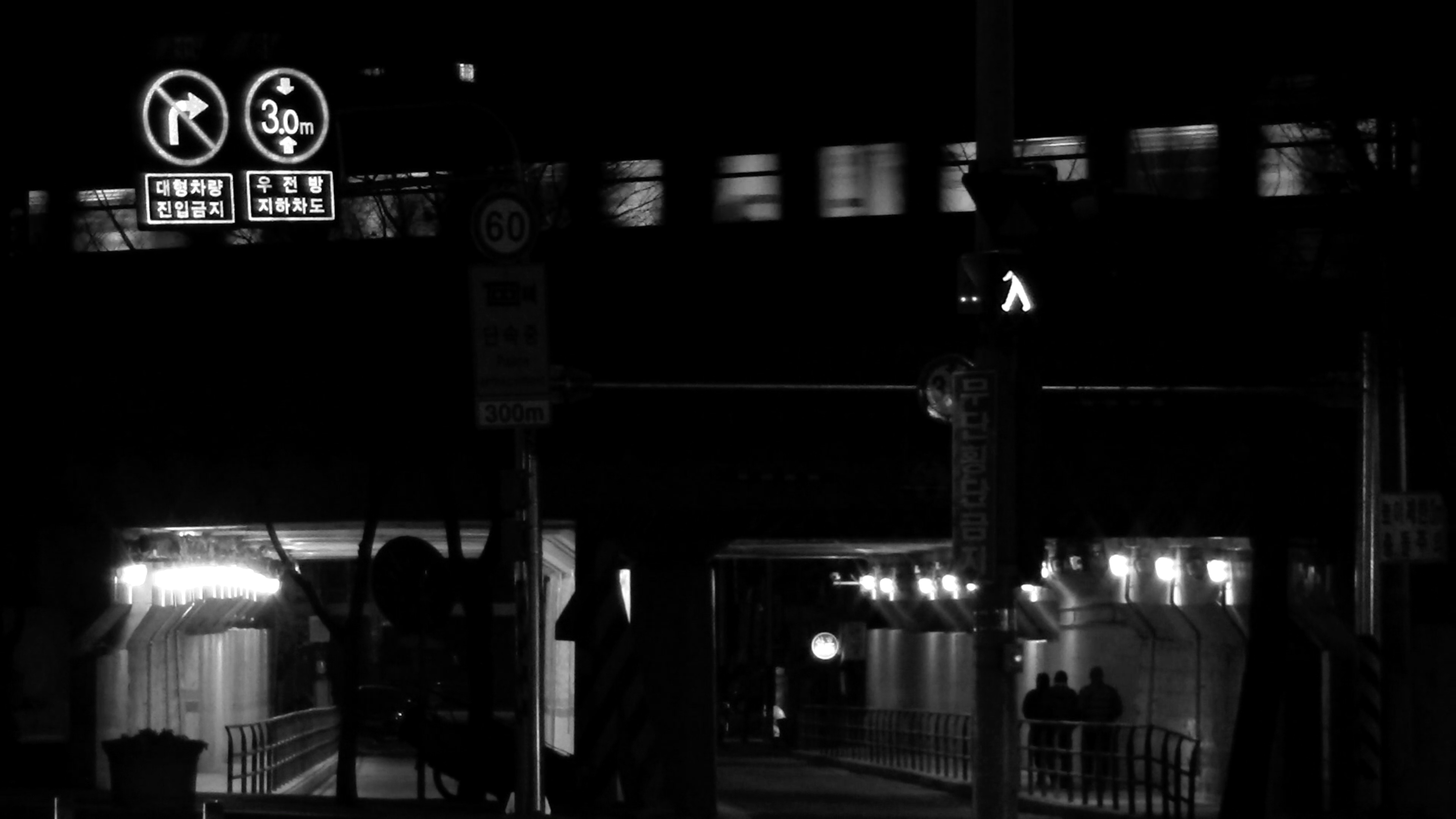 For his adaptation of Korean author Kim Seung-ok’s early short story “Seoul-Winter-1964” (1965), Sohn Koo-yong has taken a wildly experimental approach. The narrative, the characters, and the time period are all disregarded. The language has been randomly shuffled so that the passages delivered in voice-over by an unidentified woman show no resemblance to the original, veering instead toward a word salad that goes like this: The muddy water dipped up from the ground by the night of 1964 put on a jacket and said, “Strangely there’s no one….” Against the backdrop of contemporary Seoul, however, Sohn’s film recreates the chilling mood of youth alienation in Kim’s short story, transposed here from the contexts of military dictatorship to those of current global capitalism.

Shot in black and white, the film soon establishes and periodically returns to the situation of a thirty-something man cooped up in a shabby motel room. He tries to write on his laptop, yet is seemingly suffering from writer’s block. The writer’s scenes are intercut with those of Seoul streets on a winter night. Trains leave. Neon signs glitter. Men and women in coats hurry by. The camera’s loitering through the city is reminiscent of the city symphony genre of the 1920s, a legacy of film history to which the film gives a nod in the form of a televised orchestral concert that the man blankly watches. Nevertheless, unlike the city symphony’s celebration of urban modernity, the tone of Winter in Seoul is melancholic. Instead of the glamour of the metropolis, the camera focuses on a stray cat wandering in an alley, a piece of scrap paper blown among passing cars, and bored street vendors awaiting customers. The film suggests that its prevailing sense of estrangement is a response to modernity: the uninspired writer is seen in his bed browsing a Korean translation of Charles Baudelaire’s Le Spleen de Paris (1869), a collection of prose poems depicting outcasts who lived in the margins of the world’s capital of the nineteenth century.

The floating of the camera, which suggests a disembodied flâneur, is contrasted with the protagonist’s physical confinement. In the street scenes, the camera constantly remains outdoors, with lonesome figures inside restaurants and street stalls being filmed through glass windows or the plastic sheet of the pojangmacha tent. The man, too, is a stranger to the city, as is suggested by the motel setting, yet he – unlike the mobile camera – is stuck inside the claustrophobic room. It is as if his soul had become detached from his body and transferred itself to the camera, wandering around the city in search of a home. Through this split, the film seems to depict the quintessential conditions of our modern world. It is a world which gives us an illusion of mobility despite our being trapped in our mundane life; a world where we can stay at any place but cannot belong; and a world in which, though it is inundated with verbal information, nothing makes sense.

One might wonder how Winter in Seoul could possibly constitute a documentary. Indeed, Sohn’s film stretches our perception of documentary, and some would probably prefer to categorize it as experimental cinema. However, presented in the context of Yamagata International Documentary Film Festival, this creative endeavor can be seen as reaching its hand toward the contemporary reality of urban solitude and social division.