Marine Metropolitan: Jewel Maranan’s In the Claws of a Century Wanting 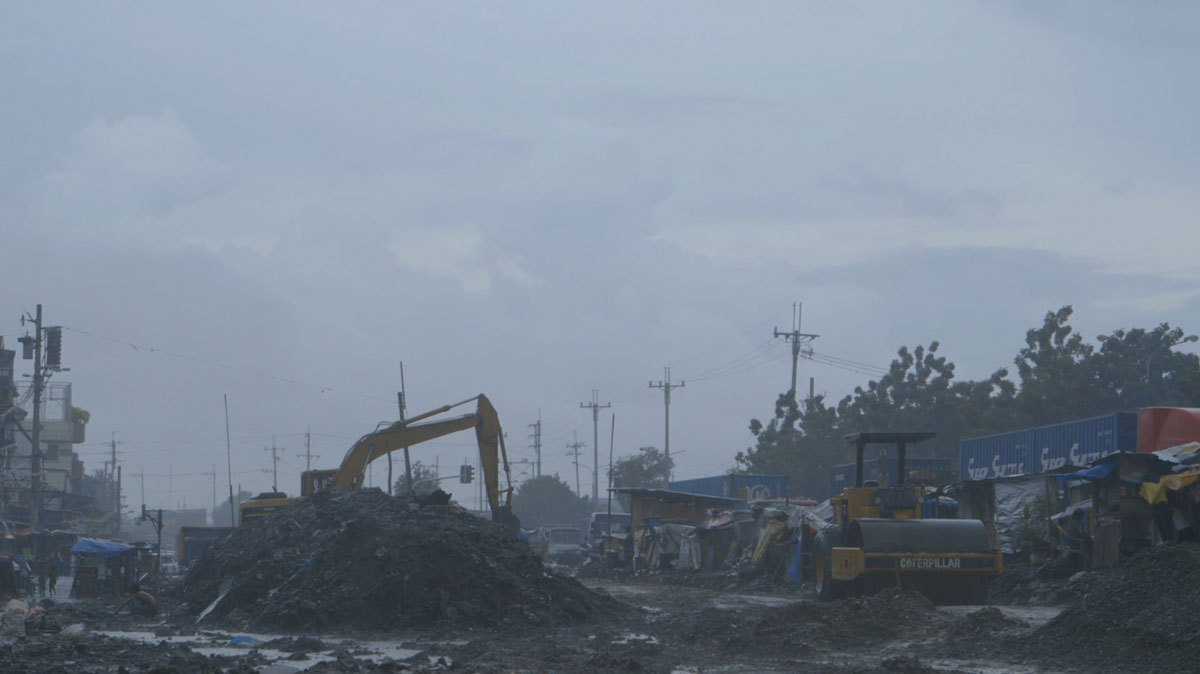 A sheet of multicolored fabric, pulled across a wooden post, forms a slanted ceiling. Under it, a woman and a small boy gaze out at a thin triangle of crepuscular sky. In this hallucinatory image near the beginning of Jewel Maranan’s In the Claws of a Century Wanting, the ceiling might be a sail, the dwelling a raft, and the mother and son navigators embarked on a voyage. Sea and land mingle in the world of the people of the film, residents of the seaside slum of the large container port of Tondo, Manila – a community to which Maranan devoted an excellent previous documentary, Tondo, Beloved: To What Are the Poor Born? (2011).

Inside the residents’ dwellings, Maranan catches peculiar haphazard framings created by their jerry-rigged interiors – how glassless windows reveal skies like Turner paintings or let in glimpses of some ongoing irrelevant movie of purposeful human activity. The world of the community is in flux: walls rustle or rattle, or (if of cement) will soon be knocked down. The government wants to get on with a large-scale construction project – the “claws” of which (to use the word of the title), menacing giant cranes, are the first things seen in the film – and has slated the area for clearance. Though presented to the Tondo residents as a benefit, relocation appears likely to worsen their lot, since they will be obliged to pay off government loans for their new housing, whereas as squatters in Tondo they live rent-free. At a meeting where they are told about the relocation, a group of mostly female listeners offer a tableau of silent faces to the camera, each expressing a personal variation on the theme of So-how-are-they-going-to-screw-us-this-time.

Mostly female: in the community as Maranan depicts it, there are men, too, but they are passive, unwilling to talk, sometimes hardly mobile. Preoccupied with television and eating, they have surrendered initiative to the women; the adult males with fight in them must have all fled or been taken away. Perhaps one way to read the enigmatic title is to think that the next century will be a century of women. In any case, Maranan makes it clear that for her, the women of Tondo are not victims, but the heroes of the film. One woman, told that her application for relocation will be disapproved if she can’t present a house for demolition when the wrecking crew comes, gets up and exclaims: “Disapproved? I’ll go berserk before the chairman.” Maranan immediately cuts to something else; the anti-sentimental cut makes of powerlessness a political stance, a potential suspended in non-realization.

By the term “form of life,” Giorgio Agamben designates “a life that cannot be separated from its form,… a life­­­­­­­­ – human life – in which the single ways, acts, and processes of living are never simply facts but always and above all possibilities of life, always and above all power.”1 Determined to show the life of her heroes in just this way, as pure form and possibility, Maranan finds in this life an essential innocence. The people of Tondo are engaged only with their own existence, with the few things they own and the materials they can salvage and sell. They hurt no one; they don’t even expect anyone to help them, although they know they need and deserve help.

Amid the turbulence of their lives, a stability is affirmed – in the human gesture as the expression of a will to focus, to hold something. This gesture takes various forms: the calm of a midwife during the endless minutes before a childbirth; the intentness of the pregnant woman as she lights a candle. Because of this gesture we are forced to say that these are not people who are adrift, who belong nowhere, and who are simply subject to being moved around at the will of the powerful.

The unattributed epigraph to In the Claws of a Century Wanting reads (in the English subtitles’ translation of the Tagalog text): “For is it not true that the times have a mind, and all that lives a time is lived by this time, too?” This impersonal consciousness that apprehends, thinks, and expresses itself through the beings that compose it is the subject of the film, and the film is this consciousness before it is anything else – before it is, say, a narrative of events that succeed one another as causes and effects. The continuity of the film is almost entirely the work of the soundtrack, an oneiric tapestry of offscreen speech and noise, whereas the images are fragmentary and self-contained. Unlike the brightly colored city of containers, which Maranan films in extreme long shot to show its abstract nature, the scenes of the Tondo dwellers never connect up into a total space: each image retains the singularity of a moment that was lingered over and that has been preserved.

Maranan is one of the documentary filmmakers (with the Pedro Costa of In Vanda’s Room and Colossal Youth or the Wang Bing of Three Sisters, for example) who prove that to document is not something instantaneous and impulsive, but an act that gains in intensity over the time that it takes. In the continuity of the fragments she captures, Maranan evokes such a strong and precise sense of human freedom that it’s possible to believe that the heroes of her film are equal to the struggle with catastrophe that continues to be their everyday life. 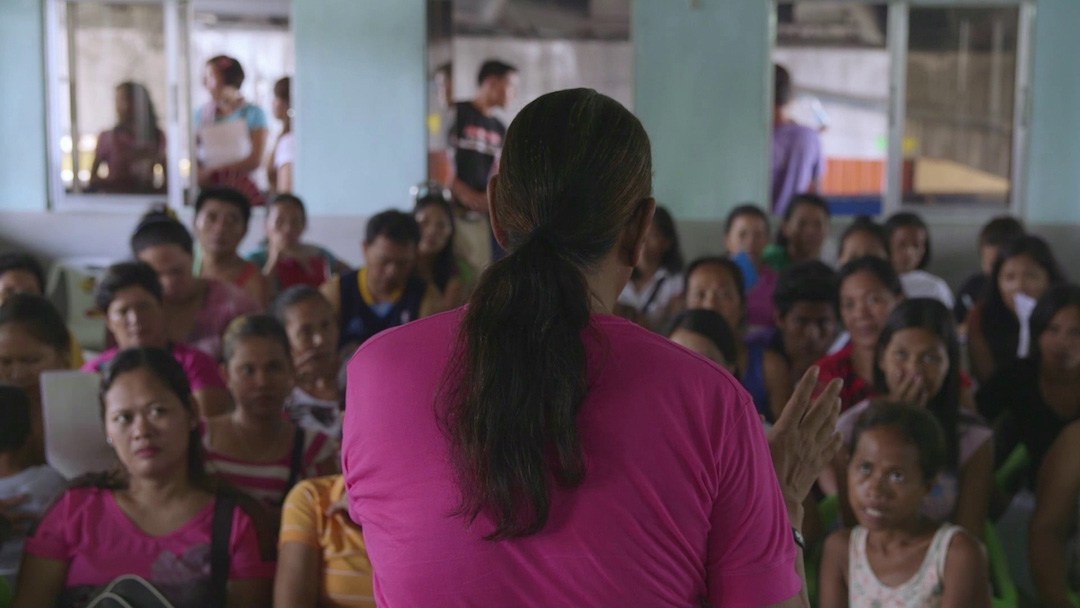