In Solving My Mother (2017), Ieva Ozolina presents a serious and difficult case of a dysfunctional family that begs for help. The 104-minute documentary follows Raitis Ozols, a 34-year-old mathematician in Latvia who accuses his mother of abusing him. The film starts with humor, builds up to a shocking climax of domestic violence, then subsides into an unresolved ending, effectively capturing a troubled mother-and-son relationship. This documentary isn’t comfortable to watch, but the issue it raises is important, because a similar act of violence may happen again between the mother and son. So who is Raitis Ozols, who is his mother, and who actually abuses whom?

Raitis Ozols is complicated. He is both endearing and dangerous. It’s important to give him credit where it is due because he needs forgiveness. On the one hand, Raitis is a funny man with an idiosyncratic obsession with math. At his birthday party, the man even solves math problems over his birthday cake, which is decorated with geometrical patterns. He tends to rationalize life in lengthy monologues, a trait that brings to mind Woody Allen’s persona in his movies: a neurotic, abstract man who is worried that the universe is expanding and will end some day, making his existence meaningless.

On the other hand, Raitis is unjust to his mother, Silvija. He blames her for everything. He accuses her of emotionally manipulating him and even reports her to the police. She bosses him around, swears at him, and threatens suicide. She only cares about her career and avoids conversations that would resolve conflict. It isn’t only Raitis who thinks so: his father, who abandoned him at birth, his younger brother, and his maternal grandfather all agree that Silvija is a difficult woman. Is she?

In interviews, Silvija, an accomplished university professor and mother who has single-handedly raised her sons to professional success, appears to be a reasonable woman who has the right to be proud and self-righteous. However, at a family gathering on Easter, Silvija reveals her true self. As the conversation in the grandfather’s tiny kitchen heats up between Raitis, his mother, and his younger brother, Silvija demands that Raitis apologize first before answering his questions; and before giving satisfying answers to her sons, she changes the topic to get back to what she considers more meaningful and less vulgar: painting Easter eggs. Silvija’s attitude is so cold and proud that anyone can feel angry with her.

To feel angry inside is part of daily life, but to act upon it is another matter. For all Silvija’s faults, the violence that Raitis is provoked into committing against his mother is shocking. He hits her. The film blacks out this scene, replacing it with a note to explain what has happened. In this pivotal scene, the camera has to do challenging work. As the kitchen is so tiny, the camera shoots from above the characters. This is a wise angle, because not only does it give a comprehensive view of the situation, but its higher position also suggests that the documentary wants to be objective, disentangle itself, and rise above the conflict. When it hides the heinous act, this is just the humane thing to do to spare all concerned: Raitis from something that he may deeply regret, his mother from something that she doesn’t deserve, and viewers from visual attack.

Using a hand-held camera, Ieva Ozolina offers a number of scenes that neatly capture the documentary’s topic and create symbolic value. One is the shot of Raitis at the beginning of the movie. Raitis stands in the middle of his messy room, blaming his mother. This scene immediately introduces the character’s problem. Half-way through, another shot frames Raitis sitting on the edge of the bed in a hotel room with his face turned away from a date who is reclining seductively on the bed. The shot emphasizes how awkward he is in relationships with others, especially women. Toward the end, the camera pauses before Raitis and his mother, who are sitting at a table in an outdoor museum. The mother is working at her computer, Raitis is talking to himself, and between them stands a wooden pillar which symbolizes their unresolved separatedness.

The soundtrack which features the music of one of the most famous arias in Giacomo Puccini’s classical opera Tosca (a staged performance of which is also seen during the film) matches the intense, larger-than-life conflict of Raitis’s family. Set against Napoléon Bonaparte’s invasion of Rome in 1800, Tosca tells the tragic story of a young painter, Cavaradossi, who faces the death penalty for helping a political prisoner. Cavaradossi sings this aria on the morning before he is executed. The use of Puccini’s opera might be said to make the film contrived, rather than realistic. Indeed, Raitis’s dramatic personality makes him as much a fictional character as a real person. However, what the film captures – the inherent difficulty in understanding and communicating with another human being, and the violence that may ensue, especially in a claustrophobic space – is real.

Solving My Mother isn’t the first film in which Ieva Ozolina has dealed with intelligent but morally questionable college professors who suffer mental breakdowns. Her first documentary, My Father the Banker depicts her own journey to find her father, an economics professor-turned-banker who abandoned his family, engaged in illegal financial operations, fled Latvia to avoid arrest, and years later ended up in a mental asylum in Malaysia. In both films, then, documentary filmmaking seems to be a way for Ozolina to analyze troublesome father and mother figures. In Solving My Mother, the mother doesn’t abandon her family. Yet she is so proud and distant that she drives her son to terrible violence. Domestic violence is a stark physical act, but its cause turns out to be a subtle build-up of psychological discontent. 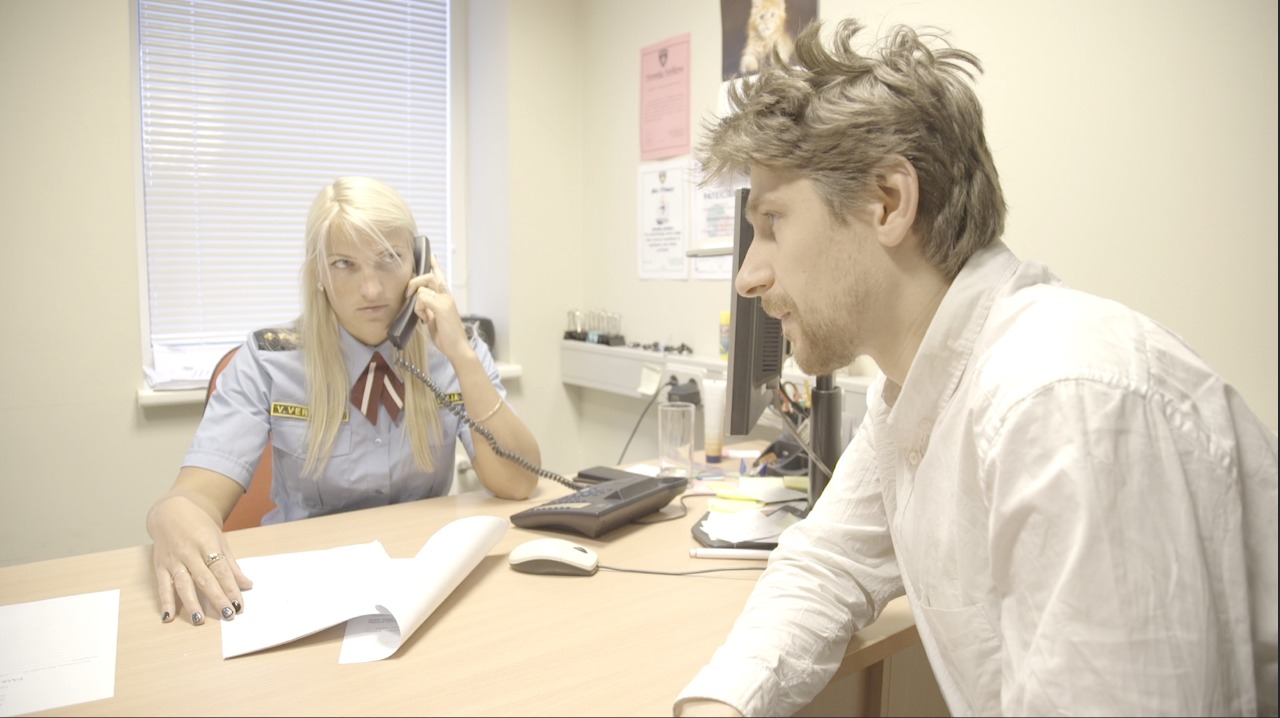