On Talking About Trees, directed by Suhaib Gasmelbari, France/Sudan/Germany/Chad/Qatar, 2019. Presented at YIDFF 2019 in Double Shadows 2: Where Cinema and Life Converge. 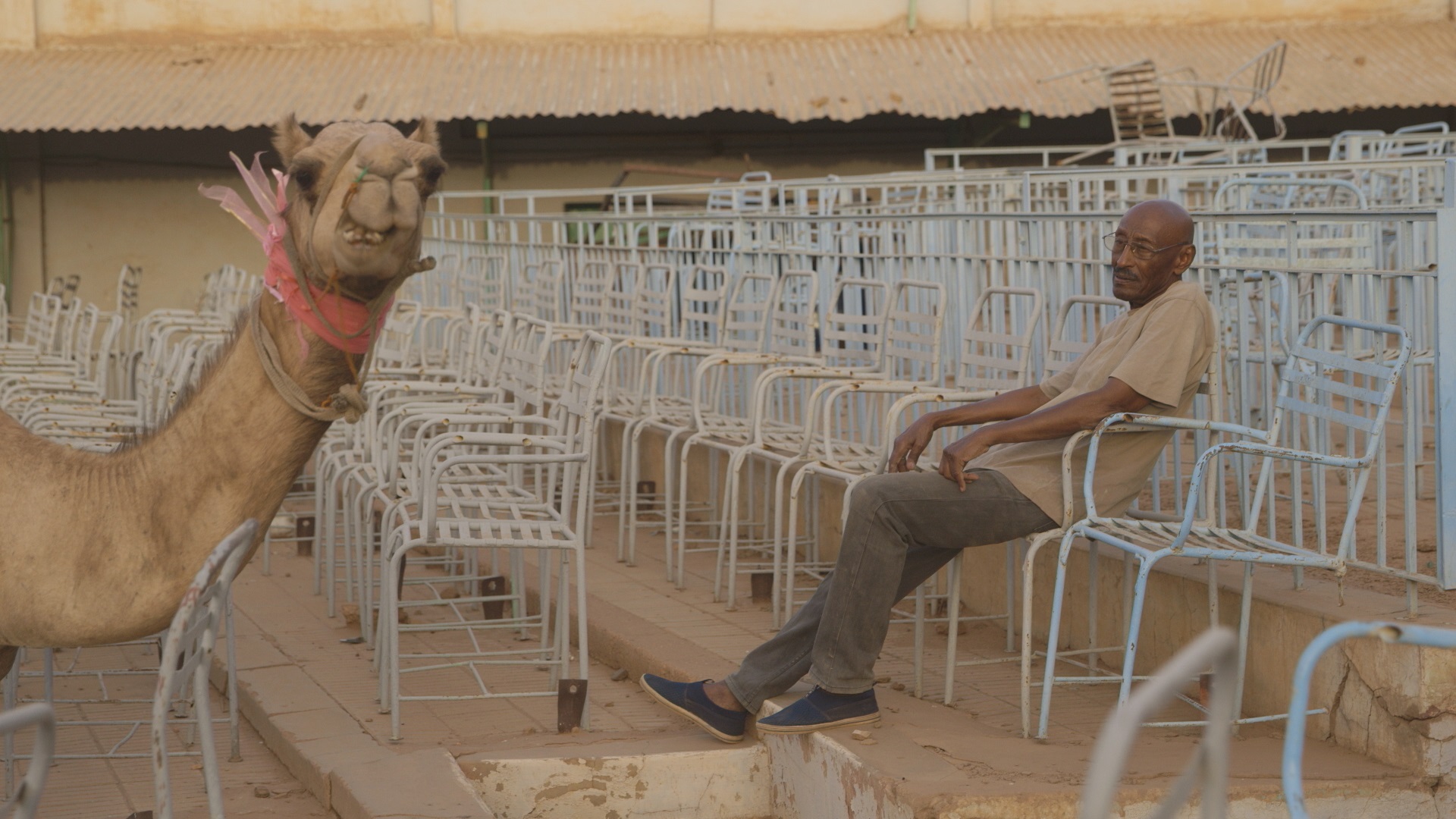 Why is it that films about films seem more persuasive? Perhaps it’s because the claims they make confirm themselves by validating myths of cinema and automatically seducing the cinephile in us. Whether brilliantly or indifferently executed, a film that evokes the power of cinema benefits from our inclination to attribute that power to the film itself.

With this division between cinema and the film in mind, I hope to clarify some things about Suhaib Gasmelbari’s Talking About Trees. Its subject matter is a project of cinema that we can wholeheartedly sympathize with: four vanguard directors from Sudan (the Sudanese Film Group) toil to set up a “Revolution Cinema” in Khartoum. Amidst Sudan’s military dictatorship, this is a Sisyphean endeavour: cinema spaces are in neglect, the film heritage of Sudan’s Golden Age is nearly lost, while bureaucracy suffocates the group’s adaptive style of screenings. The group weathers these difficulties with defiant grit, canvassing popular opinion and staging iconic scenes from classical cinema in the middle of a blackout.

Though they also often yield to exhaustion and are overwhelmed by moments of absurdity, the group’s members refuse to be self-sacrificial martyrs of art. They resist not only Sudan’s severe reality, but a fatalistic response: they will not be satisfied with being a chapter of film history if it means nothing for social history. And once we grasp the inherent futurity of the group, Gasmelbari’s film-about-cinema begins to rupture: what emerges is a fixation on cinephilia contradicting the stance its subjects implicitly practice.

The inclusion of archival footage, the result of Gasmelbari’s impressive research, is a rhetorical strategy that seems straightforward on surface. In one such piece, a man is shot and the moment of death is replayed repeatedly. Yet, the gestures highlighted through such selections of footage are more indecipherable than evocative. Referring back to an image whose meaning is removed yet whose violent visuality is emphasized, the scene seems to serve no purpose other than for the sake of cinematic history. One may argue that these selections is merely the symptom of the woefully malnourished state of the archive, but even so the film embraces the image with such nostalgia that the effect becomes romantic, rather than a condition that ought to be mourned and recovered from.

This appeal to cinephilia is also replicated in the film’s reliance on a kind of shot where the camera bathes itself in the shadows of interiors and dolefully looks at the barren outside, as if furtively hiding from the light or accepting the status of a prisoner of conscience. This effect is incessantly repeated, conveying a sense of reality that feels more like a languid pathos: one thinks of the (probably) unintentional irony of the film’s title when the filmmakers repeat Bertolt Brecht’s assertion: “Talking about trees is a crime because it implies silence about so many horrors.” While the group’s operational tactics hurl them into exteriors, the film folds inward and into the very isolation they resist.

In an age when television and other fact-bending media (we see former Sudanese president Omar al-Bashir appear on television to celebrate a rigged election result) only grip us further in authoritarianism’s iron fist, turning to the riddles and allusions of cinema seems like an ill-fitting tactic, if not a retreat into nostalgia. One especially sharp irony stands out during the film, when the Revolution Cinema decides to screen Django Unchained. If Tarantino’s film was successful because of its fearlessness in turning to brute force to topple totalitarianisms, one wonders what exactly Talking About Trees, and the way it contradicts the anticipation and futurity espoused in the group’s vision, hopes to offer to Sudan’s political struggle, especially as we know that the group’s endeavour will come to naught in the end. Gasmelbari’s observational depiction of the zeal that characterizes the group and their vision of cinema is certainly impressive, yet the film’s gestures towards cinephilia end up not complementing but diluting that zeal.