The Yamagata Film Criticism Workshop has taken place during the YIDFF since 2011. This project encourages thoughtful writing on and discussion of cinema, while offering aspiring film critics the chance to immerse themselves in the lively atmosphere of a film festival. Co-presented by YIDFF and Festival Film Dokumenter, the Film Criticism Workshop moves to Jogyakarta. It’s a 6-day class filled by learning how to write film criticism with two mentors: Chris Fujiwara (USA/JAPAN) and Adrian Jonathan Pasaribu (Indonesia) during the Festival Film Dokumenter in Jogjakarta, Indonesia, Thursday, 6 – Tuesday, 11 December 2018. The final essay written by the seven international participants are introduced on this website. Here, “A Research Road Movie of a Collective Journey of Filmmaking: Golden Memories (Petite Histoire of Indonesian Cinema)” by Risa Tokunaga. 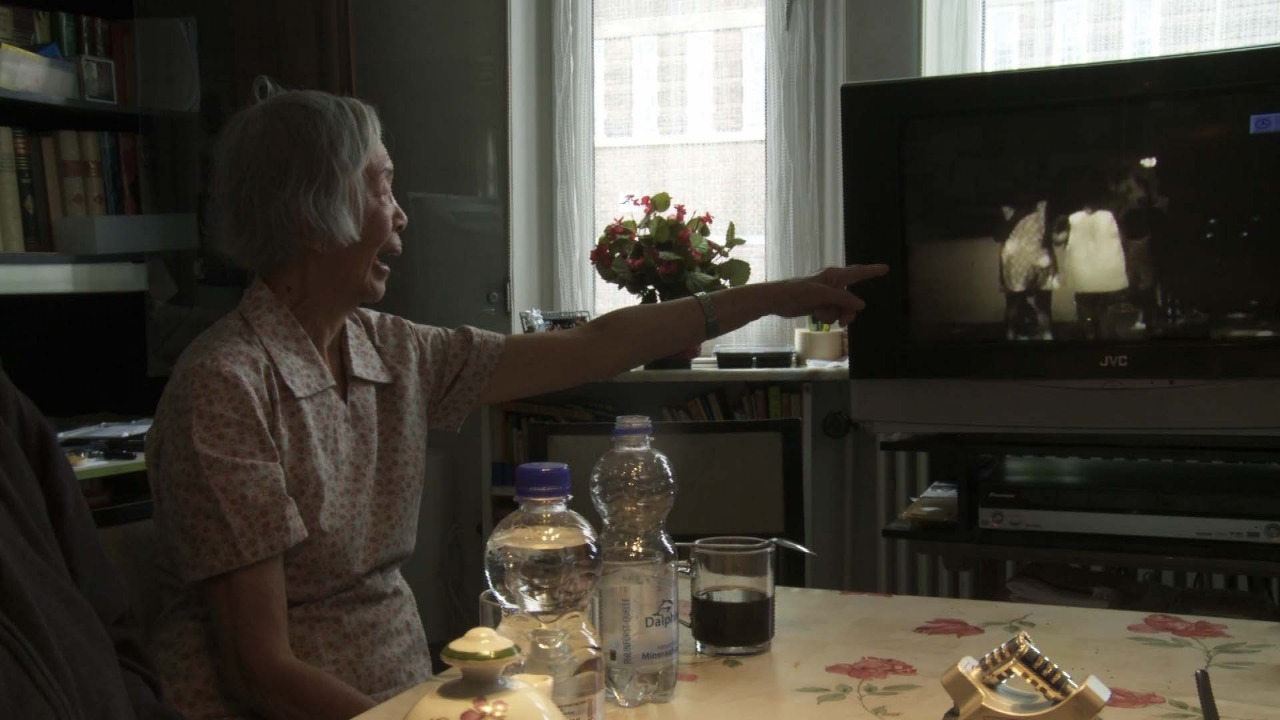 The film is a great example of a trend in production of cultural knowledge in Indonesia, which values DIY ethos and autonomous initiative as well as egalitarianism and doing things collectively. The viewers get a sense of how the journey of the collective project is evolving through scenes of directors talking with each other and doing things together.

Golden Memories investigates the history of the cinema of Indonesia from a different perspective by focusing on the underrated genre of amateur family movies, which became a focus of Forum Lenteng’s research project on cinema and culture in 2016. Indonesian film history normally emphasizes prominent directors in the commercial film industry along with film footage recorded by the Dutch and manifesting a colonial gaze. Against the mainstream understanding of the film history of Indonesia, the directors ask a question: what can we know about the films and footage recorded by native Indonesians (bumiputra) since the introduction of a Cine Kodak 16mm camera to the Dutch East Indies in 1926?

The story of the film highlights two amateur filmmakers, Kwee Zwan Liang and Rusdy Attamimi. Kwee Zwan Liang (1896-1959) was born in an elite Chinese-descent family at Jatipiring, Cirebon, West Java, and became the head of a sugarcane factory of the Kwee family in the same town. He made films by using a Cine Kodak camera from 1927 to 1940, and 12 hours of footage he shot have been archived at the EYE Filmmuseum Amsterdam. Rusdy Attamimi, a former pilot currently residing in South Jakarta, made 8mm films since 1963 when he was studying in the UK. He shot events that took place around him, from family events to public events, including a protest on the West Irian case.

In its search for the history of the Indonesian films through the genre of amateur home movies, Golden Memories accomplishes a preliminary research on this subject. It introduces a new perspective on the Kwee family films as pioneering examples of amateur family films in Indonesian film history. However, Golden Memories does not go into much detail about Kwee Zwan Liang’s and Rusdy Attamimi’s films and their backgrounds, but remains an introduction to the topics it seeks to explore. For those who want to know the comprehensive picture, a recent publication of Dr. Peter Post (who was interviewed in the film), entitled The Kwee Family of Ciledug: Family, Status and Modernity in Colonial Java – Visualising the Private Life of the Peranakan Chinese Sugar Elite (2018, LM Publishers), can be a good reference.

Golden Memories brings a light on amateur family films and their intimate and honest sentiment. Many parts of this film are filled with a sense of nostalgia that relates to the family films, and I personally enjoyed being immersed to it. For instance, a scene of an Elmo projector which Rusdy brought out from his closet reminded me of the Elmo projector of my late grandfather, who loved making family films.

Who knows if there is a path?

In accompanying the filmmakers’ multi-sited fieldwork from Jakarta to Amsterdam, from the Hague to Jatipiring, Golden Memories is an interesting research road movie. (Though it is sometimes confusing to identify where the scene is.) The mission of the journey, as part of the film title implies, is to search for a “small history” (petite histoire) of filmmaking in Indonesia. The Indonesian filmmakers travel all the way to the Netherlands to find a petite histoire that is being archived professionally at EYE Filmmuseum in Amsterdam. In the Hague, the three directors visit the Kwee family and watch the Kwee family film which was shot by late Kwee Zwan Liang some 80 years ago, together with his children, who are now in their 80s. This scene of watching old family films in the cosy dining room of the Kwee family compellingly highlights how family films have an aura that invokes intimate and nostalgic feelings.

After the scene of the homely dining room of the Kwee family in the Hague, the research road movie hits the road to Jatipiring where the Kwee family once owned a sugarcane factory as well as their estate, and where the Kwee family film was shot. In contrast to the preceding scene, the attempt to trace a “small history” of the Kwee family film in Indonesia seems to get lost in the deep green sugarcane field as one of the filmmakers frustratingly says, “who knows if there is a path?” The filmmakers find something: an Indonesian local man recounts on camera the belief that the sugarcane factory may be haunted or that something is wrong with the land, because none of the succeeding businesses have gone well.

This contrasting sequence from the Hague to Jatipiring visually manifests a postcolonial dislocation charged with entangled racial and class relationships: In the Netherlands the petite histoire of Indonesian film is found in professional institutions, and the migrant family of Indonesian-born people of Chinese descent enjoy their old family film, while in Indonesia the remnants of a small history of the Kwee family film are found in an obscure narrative of the haunted land. Such place-specific anecdotes can be interpreted in terms of the colonial memories of the common people who were arguably exploited by the colonial powers and had no access to technology for filming what they wanted to record for their family or community in the early 20th century. I highly appreciate this sequence for implying that searching for a history cannot be always nostalgic, but that we also need to deal truthfully with the uncomfortable part of the history.

Through this research road movie, we encounter a number of different people who value old family films in their own ways. The collective journey of searching for a small history of Indonesian films might seem to take a long time, yet it inspires us to appreciate a collective approach to filmmaking as well as an aura of the image of family films. We look forward to seeing how this collective journey of learning, searching, and producing by Forum Lenteng and Milisi Filem will evolve further, together with other filmmaking projects in Indonesia and beyond. 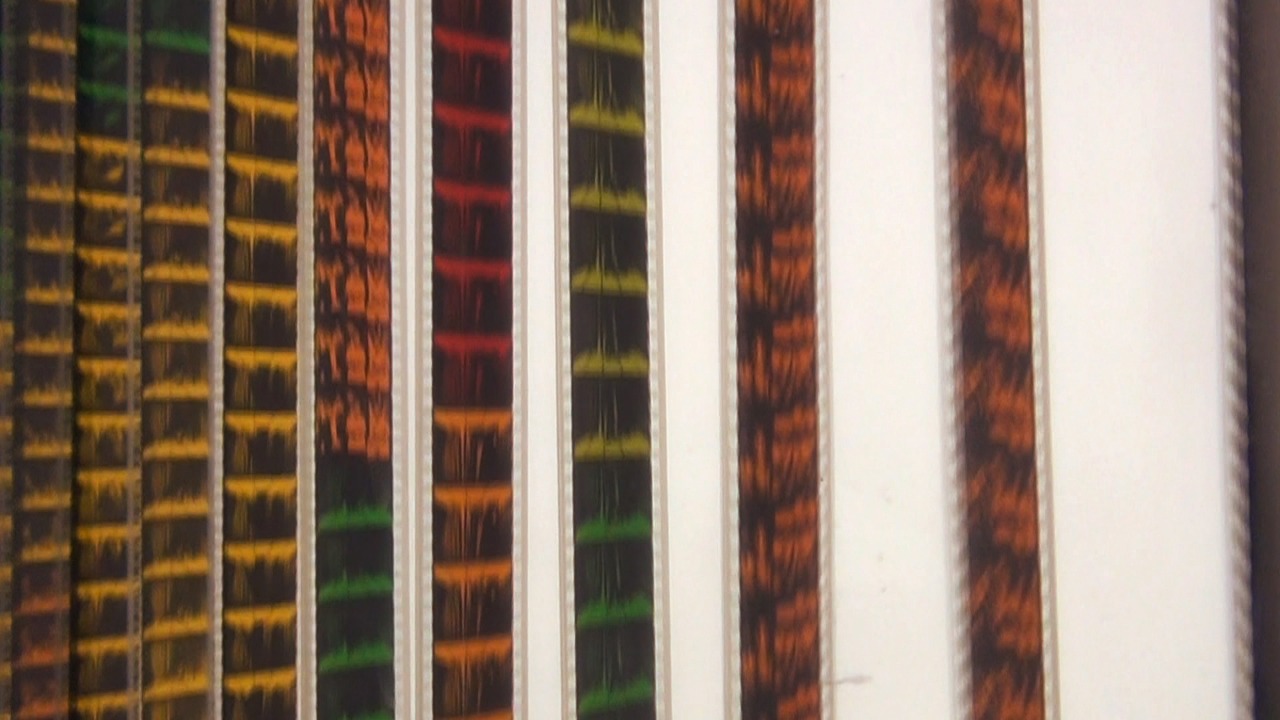